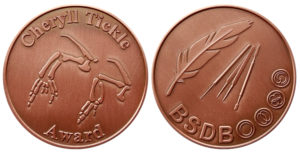 The BSDB is proud to announce the 2019 awardee Bénédicte Sanson. Due to family commitments, Bénédicte was unable to be at the Spring meeting this year to receive the medal in person, but look out for her interview that will soon appear on the Node. 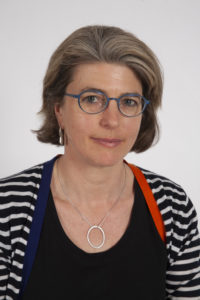 After a PhD in Paris on the molecular mechanisms of mRNA processing in phage, Bénédicte Sanson switched to Drosophila developmental genetics for a postdoc in Cambridge at the MRC-LMB. During her four-year postdoc with Jean-Paul Vincent (1994-1998), she investigated key aspects of Wingless signalling (the homologue of vertebrate Wnt-1) in development.  Through this work, she became aware that the mechanisms underlying cell sorting at compartmental boundaries remained elusive.  This fostered a long-standing interest in morphogenesis, which became the focus of her independent research group when awarded a Wellcome Trust Career Development Award in 1998, hosted in the Department of Genetics, Cambridge. Since then, Bénédicte has built up an internationally recognized research group, obtaining a Lectureship in 2009, then a Readership in 2018, in the Department of Physiology, Development and Neuroscience. In 2011 and then in 2017, she was awarded a Wellcome Trust Investigator Award to work on the mechanisms of cell sorting and collective cell movement in vivo.

Bénédicte has made key contributions to the field of developmental signaling, including demonstrating that the adhesion and signaling activities of Armadillo (the homologue of vertebrate Beta-catenin) are separable (Sanson et al., 1996) and elucidating novel signaling regulations at the parasegmental organizer in Drosophila embryos (Desbordes and Sanson, 2003; Sanson, 2001; Sanson et al., 1999). More recently, the work of her group has focused on understanding the fundamental processes driving tissue morphogenesis during development. Their work on tissue-scale forces showed that an extrinsic axial force extends the main body axis in Drosophila embryos, acting in parallel to actomyosin-dependent polarized cell intercalations (Butler et al., 2009). Next, they identified the source of this extrinsic force as caused by the invagination of the endoderm at the posterior of the embryo (Lye et al., 2015). Their work on cell sorting demonstrated that actomyosin-based mechanical “barriers” stop cells from invading adjacent compartments, pioneering CALI on GFP in Drosophila embryos to inactivate Myosin II subcellularly (Monier et al., 2010). They further showed that actomyosin-based barriers also order cells during axis extension (Tetley et al., 2016). Recently, the work of her group has shed light onto how actomyosin-driven tension can orientate cell divisions at compartmental boundaries (Scarpa et al., 2018). They also investigated how epithelial folding and actomyosin-enrichment are coupled downstream of Wingless signaling at boundaries (Urbano et al., 2018).

Underlying all of this work is a clear understanding that morphogenesis is dependent on both genetic and physical inputs. As a consequence, Bénédicte’s group often pioneers new methodologies to follow developmental processes quantitatively, and at multiple scales. Their approaches include computational methods to automatically track cell behaviours in real time, for thousands of cells; light sheet imaging (SPIM) to analyse morphogenetic events at the scale of the whole embryo; and laser cuts to probe and manipulate tissue tension. By combining such imaging and computational techniques, the lab continues to investigate how cell intrinsic and extrinsic forces integrate to shape developing tissues. Recently, Bénédicte’s group started developing computational models in collaboration with physicists and mathematicians, to explore the more mechanical aspects of morphogenesis.

In addition to her research contributions, Bénédicte has taught in a range of molecular and developmental genetics courses. Since her appointment in 2009, a significant fraction of her teaching for the University of Cambridge has been for the first year course in Veterinary Anatomy, contributing to the practical element of the course, where the students dissect the different organs and tissues. Other contributions include the active support of postdoctoral careers, both through a previous appointment at the Wellcome Trust to evaluate candidates for early career fellowships, and as Postdoc Committee Chair for her Department.

Desbordes, S. and Sanson, B. (2003). The glypican Dally-like is required for Hedgehog signalling in the embryonic epidermis of Drosophila. Development 130, 6245-6255.

Monier, B., Pelissier-Monier, A., Brand, A. H. and Sanson, B. (2010). An actomyosin-based barrier inhibits cell mixing at compartmental boundaries in Drosophila embryos. Nat Cell Biol 12, 60-65.