You are here: Home › Awards › The Waddington Medal

The Waddington Medal, the only national award in developmental biology, is awarded for outstanding research performance as well as services to the subject community. The medal is awarded annually at the BSDB Spring Meeting, where the recipient presents the Waddington Medal Lecture. The medal was announced in 1997 [letter #36] and first awarded in 1998 (see below). BSDB members are invited to nominate suitable candidates.

Conrad Waddington was a leading British embryologist and geneticist who was highly influential in the development of both subjects during the 1930s through to the 1960s. He stressed the importance of genes and the control of gene activity in embryonic development even before the chemical nature of the gene was discovered. He had started his career as a palaeontologist , and the design on the medal shows an ammonite, a type of animal whose shell structure reveals its entire life history. On the other side is a snake eating its tail, symbolising feedback control, and a Greek inscription meaning “one entity incorporates into itself all other entities of the universe.” 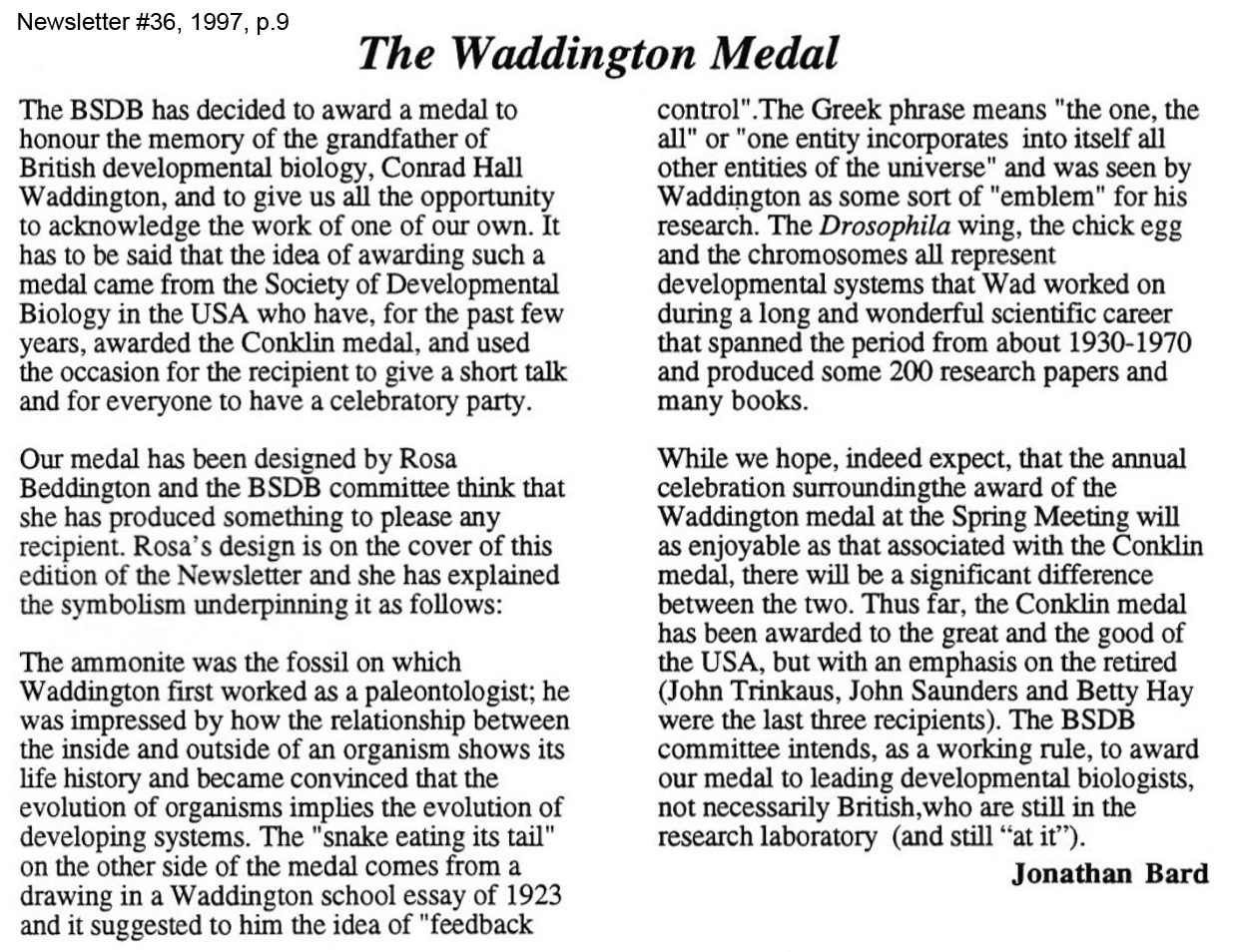 We are very pleased to announce that the 2020 Waddington medal winner is Professor Dame Ottoline Leyser DBE FRS. After having served on the BSDB committee and then as treasurer (1999-2009), and only recently having stepped down as our chair, her efforts in supporting our community are well known. This prize will add to

Look up the Waddington Medal on Wikipedia for more information.

Nominations for the Waddington Medal