You are here: Home › News › Introducing the new BSDB committee members
By comms on May 11, 2015 in News

At the last Spring Meeting, four new BSDB committee members were elected to take term in autumn, although they can already be contacted with queries or requests concerning BSDB matters. Please, read below about their careers and research interests. For an overview of all committee members, please, see the “About us” tab, and for a list of all awardees of the last Spring Meeting visit our earlier post.

Alistair McGregor has an honours degree in Genetics from the University of Edinburgh and a PhD in Genetics from the University of Leicester. During his PhD in the lab of Gabriel Dover he studied the turnover of binding sites in the enhancers of developmental genes and their co-evolution with the Bicoid homeodomain. His post-doctoral work with David Stern (Princeton University) explored the role of changes in cis-regulatory sequences in morphological evolution, and showed that changes in three of the enhancers of the gene shaven-baby underlie the evolution of cuticular morphology in Drosophila sechellia. While at Princeton, he also collaborated with Eric Wieschaus and Thomas Gregor to analyse the Bcd gradient in live Drosophila embryos, which provided new insights into morphogen gradient formation.

In 2006, he moved to the lab of Wim Damen (University of Cologne) where he investigated the regulation of segmentation in spiders, and specifically the role of Wnt signalling in the formation and function of the segment addition zone. In 2008, he established his own group in the department of Christian Schlötterrer (University of Vetenary Medicine, Vienna), which allowed him to bring a population genetics perspective to help better understand the evolution of gene regulation, development and morphology. He won an ERC Starting Investigator Grant in 2009 to explore the evolution and development of eyes within and among Drosophila species.

He then moved back to the UK to Oxford Brookes University in 2011 where he is a Reader. His research programme currently investigates the genetic basis of developmental evolution in Drosophila and the regulation of spider development. He is also involved in teaching Developmental Biology to undergraduate and postgraduate students, and has established a successful outreach program to engage the public in his research. 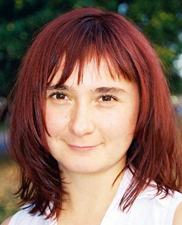 Berenika Plusa has a Biology degree from the University of Warsaw and a PhD in Developmental Biology by the Polish Academy of Sciences. As an undergraduate she was investigating the behaviour of sperm nuclei introduced to blastomeres of the 2-cell mouse embryo (with Krzysztof A. Tarkowski, Warsaw). During her PhD she worked on the fate of meiotic maternal chromosomes introduced to the late mouse zygote (with Jacek Modlinski, Warsaw). Her initial post-doctoral work in the laboratories of David Glover and Magdalena Zernicka-Goetz (Cambridge, UK), led to the conclusion that early events in mammalian development can be regulated by physical features, such as cell shape and the position of mid-bodies. She also demonstrated that interfering with polarity proteins changes the position, and thus fate, of cells in the early mammalian embryo during inner cell mass (ICM) vs. trophectoderm (TE) specification.

Her work in Kat Hadjantonakis’ lab (Sloan Kettering Institute, NY) challenged the existing model of epiblast vs. PrE specification and led us to propose a three- step model (later confirmed by other groups) in which stochastic expression of lineage-specific transcription factors, precedes the maturation of mutually inhibitory regulatory pathways, leading to a salt- and-pepper distribution of epiblast and PrE precursors in the ICM at the mid blastocyst stage. Her experiments were the first to visualise the process of PrE formation in time-lapse movies.

She started her independent research group in 2006 at The University of Manchester supported by a Manchester Fellowship. Her lab perfected a strategy by which the potential of embryonic cells can be interrogated generating morula chimaeras via injection strategies. Through this, she has discovered that the epiblast precursors (always described as the most plastic cells within the embryo) exhibit less plasticity than the precursors of the PrE, which have a more restricted fate during later development. She is a passionate communicator and has been involved in a number of initiatives engaging the public and young students with science. 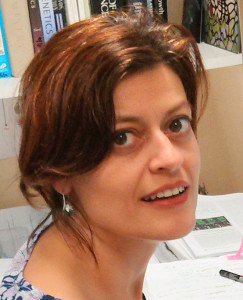 Rita Sousa-Nunes has a Biochemistry degree from the University of Lisbon and a PhD in Developmental Biology by University College London. As an undergraduate she worked on astrocyte metabolism by nuclear magnetic resonance in the laboratory of Helena Santos (New University of Lisbon). During her PhD she worked on early patterning of vertebrate embryos using mouse and zebrafish models, in the laboratories of Rosa Beddington and Derek Stemple (National Institute for Medical Research).

Her post-doctoral work applied the power of fly genetics to distinct questions in neural stem cell biology: asymmetric division and reactivation from quiescence, respectively in the laboratories of William Chia (King’s College, London and Temasek Lifesciences Laboratory, Singapore) and Alex Gould (NIMR). She has obtained various studentships and fellowships and in 2011 won the UCL Neuroscience Domain Early Career Prize in the category of Senior Post-Doc and an MRC Special Award for her work showing that reactivation of Drosophila neuroblasts requires both cell-autonomous and non-autonomous amino-acid sensing, a glial relay involving transcriptional upregulation of insulin-like peptides (Ilps), and that systemic and glial Ilps are segregated into functionally isolated compartments.

She started her independent research group in 2012 at the MRC Centre for Developmental Neurobiology, King’s College London where she is on a tenure-track position supported by a Cancer Research UK Career Development Fellowship working on mechanisms of neural tumourigenesis.. She is a passionate communicator and has been involved in a number of initiatives engaging the public and young students with science. 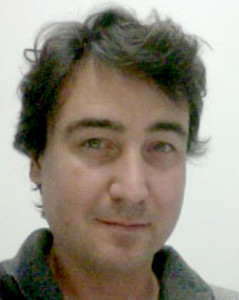 Tristan Rodríguez did his undergraduate degree in Molecular Biology at the University of Manchester. After this he moved to London for his PhD, to work in the laboratory of Paul Burgoyne (National Institute for Medical Research, Mill Hill, London) where he used mouse genetics to investigate the checkpoints that monitor chromosome pairing during meiosis. During his PhD, Tristan became fascinated by how extra-cellular signals are translated into pattern formation.

To pursue these ideas he joined the laboratory of the late Rosa Beddington (MRC National Institute for Medical Research, Mill Hill, London), who was a key figure in establishing the early mouse embryo as a model system to understand cell fate. His work in the Beddington lab sparked a long-standing interest in how the first asymmetries are established during early embryogenesis. In 2003 Tristan was awarded a Lister Institute of Medicine fellowship and moved to the MRC Clinical Sciences Centre to develop these interests further, where his group initially focussed on studying the signalling centres that initiate anterior patterning in the mouse embryo.

With time, these interests have evolved into trying to understand more global questions regarding the mechanisms that control cell fate decisions and cell survival in the early mammalian embryo. To be able to best purse these ideas Tristan’s group moved in 2011 to the National Heart and Lung Institute (Imperial College, London), where he was appointed as a lecturer. His group not only studies how cells exit the pluripotent state and initiate the differentiation program but also tries to unravel how the mechanisms are conserved in the maintenance of tissue homeostasis or miss-regulated in disease.